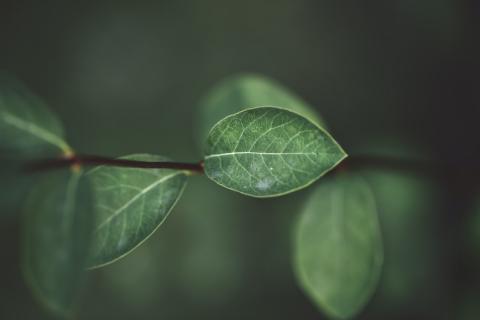 The doctrine of justification encompasses more nuances than just the word itself. The Greek word “δικαιοσύνη” used for “justification” extends to a range of meanings in English, including justification, justice, truthfulness, and righteousness. In order to explain the concept of justification, we must capture multiple links between these various words in the δικαιο-family. Justification concerns the means by which human relationship to God is established and, as such, requires a broad analysis of the New Testament as a story and not just a narrow analysis of certain passages where “justification” appears.

Justification of God in Christ

First of all, God Himself is described as just and righteous (Deuteronomy 32:4; Psalm 11:7; Matthew 6:33). But God’s righteousness (justice) is not simply an attribute of His character. Primarily, it is God’s activity of grace and kindness to His covenant people and to the entire human race (Deuteronomy 32; Jeremiah 31:11; Romans 3:21; 1 Peter 1:10). Further, it testifies to God’s faithfulness in His covenant relationship with the people of Israel (Romans 9:1-10:1) who are supposed to be a light to the nations (Isaiah 42:6). While people in the past kept disobeying God, allowing sin to rule their lives, God in His righteousness remained faithful to His relationship with Israel. God promised to act in a powerful way, to redeem them from oppression and sin, to lead them into obedience, and eventually to fulfil His bigger purposes of drawing all the nations back to Himself (Isaiah 52:10; Jeremiah 31:10; Zechariah 14:1-21; Acts 2:16-21).

The New Testament writers testify that God’s righteousness has been revealed in Christ (Romans 1:17; 3:21). What Adam, Abraham, Israel, or the Law—weakened by flesh—could not do, God did by sending His own Son in the likeness of sinful flesh (Romans 8:3). Moreover, the New Testament writers emphasize the significance of Christ being in human flesh from Davidic or Jewish descent (Math 1:1; Luke 3:23-37; Acts 2:23-36; Romans 1:3). In this sense, Christ was representing not only humanity but also Israel. While in the flesh, Christ remained faithful to God, even to death on the cross (Philippians 2:6-8). His life of obedience defeated sin (Hebrews 4:15), and all who have sinned and fall short of the glory of God are now justified by His grace as a gift through the redemption of Jesus Christ (Romans 3:23-24). Jesus is the Jewish Messiah and the Savior of the world. In that, God remained faithful to His promise to Abraham to bless the nations through Israel and to heal the world.

The New Testament draws a close parallel between God’s righteousness or His justice and that of Christ. God’s righteousness has been fulfilled through Christ’s own righteousness and faithfulness (Romans 3:22; Galatians 2:16). 1 Peter describes the act of Christ as the death of the righteous One for the unrighteous in order to restore humanity to the relationship with God (1 Peter 3:18). Literally, Christ’s act of righteousness leads to justification and life for all (Romans 5:18). Christ was handed over to death for our trespasses and was raised for our justification (Romans 4:25). He is the sacrifice of our atonement (Romans 3:25). In Christ, a new era has begun—the era of cosmic restoration—putting the whole world right in Christ (2 Corinthians 5:17).1

What about our justification now? How does God’s work in Christ affect us? Paul discussed the issue of corporate justification in his letters, extensively pointing to the fact that in Christ the power of sin has been broken (Romans 6:6-8). Now, all nations are called into obedience of faith (Romans 1:5; 6:18) and are welcome to be adopted into God’s family by the Spirit of Christ (Romans 8:12-17). We all, as the human race corporately, are invited to participate in a new solidarity with Christ and in His obedience. The verb “justify” is always used in a passive sense in relation to humanity— “to be justified.” This implies that something is happening to people and points to God’s initiative in Christ as the basis for your justification and mine. To be justified is to be transferred from one realm to another, namely from being sin-slaves to obedience, from death to life, and from being under law to being under grace. This is Paul’s language in Romans 6 and 7 in particular. He who is just, justifies all those who have faith in Him (Romans 3:24-26). It means that God in Christ declares us righteous by faith and invites us into His embrace.

On the one hand, justification is God’s act of redemption of the whole creation in Christ. God acted for us preveniently in Christ, and justification has already taken place for all. We are now free to respond to God’s grace and be fully accepted as righteous in relation to God through faith in Christ apart from the righteousness of works. But on the other hand, there is more to our justification.

Justification is also about relationship and restoration, because restoring relationships and transformation are the goals of God’s redeeming and righteous activity.

God, who took the initiative to reveal His righteousness in Christ, is always at work and will enable His people to will and to work for His good pleasure (Philippians 2:13). In 2 Corinthians, Paul explicitly says that God’s righteousness can be ours: “For our sake he made [Christ] to be sin who knew no sin, so that in him we might become the righteousness of God” (5:21). If Christ is the source of “righteousness” (1 Corinthians 1:30), then His people should also embody His righteousness. The Spirit of Christ is poured out upon God’s people to accompany them in this endeavor so that they become in reality what they already are by God’s declaration (Galatians 4:4-7).

The picture of justification in the New Testament is not complete without mentioning God’s promise of final justification in Christ that awaits future glory of the whole created order (Romans 8:18-27; 1 Corinthians 4:5). God, in His righteousness and faithfulness, will judge the secrets of all hearts through Christ and will restore all things to their right relationship at the end time. In the meantime, those who are justified are called to be reconciled and to be ambassadors of reconciliation for Christ (2 Corinthians 5:20). This is an “appeal to receive what God has already given, to appropriate what God has already done” and “to embody and manifest within their individual and corporative life the reality of their reconciliation to God.”2

Svetlana Khobnya is a lecturer in biblical studies at Nazarene Theological College in Manchester, United Kingdom.