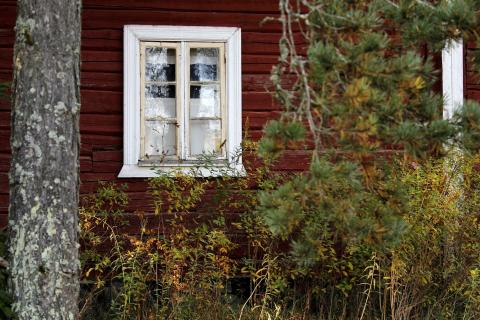 I grew up poor in North Carolina. My mom married my dad when she was 16; I was born a year and a half later. We moved around a lot, often living in places with no air conditioning or phone service. My parents were both addicts. My mom was a blackout alcoholic, and my dad’s drug choice was heroin. They divorced when I was just three years old.

Opioids became my father’s obsession. He was in and out of prison for several years—robbing banks and burglary became the means of financing his drug habit. During some of his longer stints in jail, my father and I became pen-pals. Through these interactions, I realized how intelligent he was. I have a drawer full of his letters, some written in Latin and other languages. As crazy as it sounds, these exchanges are some of my best memories of him.

I never gave up on my father, even after he seemed to have given up on himself. As an adult, I spent many years trying to rescue him, to no avail. Finally, in 2006, he was found dead from a drug overdose in a parked car at the church my husband had pastored a few years prior. I was heartbroken, but despite it all, I loved him. I know he loved me too although heroin was always the most precious thing in his life.

To this day, my mom is still an alcoholic. My childhood years through high school were painful. In her drunken blackout states, I frequently became the object of her rage, both emotionally and physically. It was as if she blamed me for her misfortunes and bad decisions. What made it even worse was that she wouldn’t remember the violent episodes the next day.

My mom remarried when I was five, and unfortunately, my stepdad only added to the abuse. It was apparent that he was interested in me in inappropriate ways. Entering my room and touching me when he thought I was asleep became his routine. From the time I was six or seven until I was 12, I slept fully clothed. In my mind, this provided a layer of protection between his hands and my body.

During my junior year in high school, I remember sitting on our front porch, thinking, “This is not your future.” At that point in my life, I had endured more than my share of emotional, physical, and sexual abuse. Part of me felt worthless, yet I was determined not to become a statistic.

By the grace of God, I went on to graduate high school with honors and got accepted into nursing school. At that point, I felt like I had escaped the pit in which I’d been living since I was a child; however, I didn’t realize how much healing I had yet to experience.

Looking back, I know that it was God speaking to me that day on the front porch.

Over the years, the Lord kept whispering, “For I know the plans I have for you…” (Jeremiah 29:11). While I spent many years blaming God for my plight, I eventually realized that He was working in ways beyond my ability to see.

After a long, agonizing journey, I surrendered my life to Jesus at age 24. I wish I could tell you that the past never comes back to haunt me, but that wouldn’t be true. The enemy continues to use my pain to try and make me feel worthless. However, what I have discovered is that God allowed my brokenness to become part of a much larger narrative, holding my place in the story of God’s redemption. Through it all, Jesus gives me the strength to carry on and uses my story to provide hope for others. Thanks be to God!

Heather Powell is a risk management consultant in St. Charles, Illinois. She is married to Brian, district superintendent for the Kentucky district. Together they have four children and one grandchild.

Please note: All facts, figures, and titles were accurate to the best of our knowledge at the time of original publication but may have since changed.