The Pursuing Power of Grace

The Pursuing Power of Grace 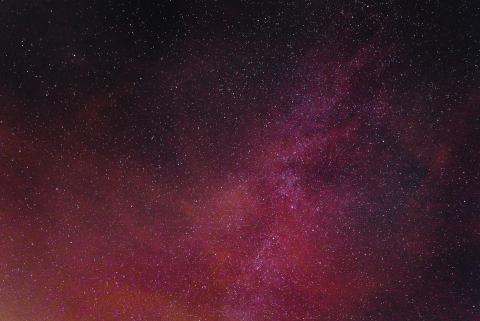 Almost three decades ago, I had not understood God’s grace the way I recognize its power on my life now. The pursuing, transforming, enduring, yet mysterious and hovering presence of this unmerited favor of God is both capturing and captivating. In addition to the Word of God being the primary channel to a foundational understanding of God’s grace and its mysterious workings, my familiarity with literary works has brought a level of erudite awareness about the workings of grace.

John Milton, the seventeenth century English Puritan poet, reconstructs the biblical Fall story in his epic poem Paradise Lost (1667). A careful study of the work, arranged into 12 books, reveals Milton’s emphasis of the triumph of God’s goodness over evil and the role of God’s prevenient grace in humanity’s salvation through Jesus Christ. In the first 10 books, Milton dramatizes God’s perfect creation and the events leading up to Adam and Eve’s disobedience and fall. Book X ends with Adam and Eve confessing their sin, falling prostrate, and, “with tears watering the ground” (1101-2) in remorse, begging for forgiveness. Then, the beginning of Book XI traces the theme of prevenient grace:

Praying; for from the mercy-seat above

The stony from their hearts, and made new flesh

In essence, prevenient grace empowers Adam and Eve to be penitent about their sin as they are about to be banished from Paradise. In “The Theology of Freedom in Paradise Lost,” Benjamin Myers writes, “The fact that Eve and Adam become penitent at all, after all that has taken place, bears witness to the intervention of the grace of God.” Myers emphasizes that the concept of prevenient grace “is central to the theology of conversion in Paradise Lost”2 (220-21).

Prevenient grace bestows on Adam and Eve the power to be remorseful yet to accept God’s plan of eternal salvation despite the earthly consequences of their disobedience.

Francis Thompson’s “The Hound of Heaven” (1893) is an allegorical poem, a haunting work of genius that focuses on the poet’s futile flight away from God’s unrelenting pursuit to redeem him. Employing a daring metaphor, Thompson portrays God as a hound, but of heaven, whose grace never gives up on a wayward soul on the path of utter ruin. Divine grace follows the fugitive “down the arches of the years,” “down the labyrinthine ways,” and “in the mist of tears.” At the end of that long chase, he hears “That Voice round [him] like a bursting sea”:

I am He Whom thou seekest!’3

After his mother’s death and in his younger days, Thompson became addicted to opium and fell into a low life on the streets of London. Hungry and ill, he was on the verge of suicide when a prostitute befriended him, cared for him, and influenced him in writing poetry. Oddly enough, the graciousness of the prostitute ministered Thompson back to the path of transformation. In a 2007 sermon preached at Duke University chapel, the Rev. Sam Wells referenced Francis Thompson’s poem and said, “There is no other word in the Christian vocabulary for the publication of that poem but providence, and there are no other words in the theological lexicon for the ministry of that prostitute but Holy Spirit”4 (para. 7). Such encounters, although strange, poignantly and powerfully speak to the role of prevenient grace in God’s work of redemption.

Likewise, Charles Dickens’ A Christmas Carol is a brilliant literary creation that has fascinated me with its theological undertones of grace. In a subtle yet bizarre and grotesque manner, Dickens portrays the power of grace to transform a miserly Scrooge on to love and good works.

Published around Christmas time in 1843, Dickens wrote the novel primarily to expose the social ills of the time, especially the greed of the money mongering upper class and the impoverished life of the working class of the post-Industrial English society. By placing his plot within the context of the Christmas season, Dickens purposed to revitalize the themes of love and charitable acts that the season epitomized. Nevertheless, Dickens’s fictional narrative is also a touching parable of individual transformation in the power of prevenient grace.

Dickens creates Ebenezer Scrooge, an antithetical character, portraying him as a self-deluded, uncaring, and peevish banker who cannot be deterred by other people’s troubles until three ghastly visitors encounter him later, on Christmas Eve. In fact, Scrooge’s difficult and painful past has hardened him to be “a cold and solitary man.” Dickens introduces Scrooge upfront:

"Oh! But he was a tight-fisted hand at the grindstone, Scrooge! a squeezing, wrenching, grasping, scraping, clutching, covetous, old sinner! Hard and sharp as flint, from which no steel had ever struck out generous fire; secret, and self-contained, and solitary as an oyster. . . The cold was inside him . . . Nobody ever stopped him in the street to say, 'My dear Scrooge, how are you?' . . ., and even dogs ran away from him . . . But what did Scrooge care? It was the very thing he liked.”5

Scrooge rejects any Christmas pleasantries or charitable acts with a “Bah, Humbug!” —an expression of disapproval and contempt. He abuses Bob Cratchit, his hardworking and passive clerk, and has no respect or sympathy for his poor family nor his sickly son, Tiny Tim. Scrooge’s interactions with Fred, his persistent and gracious-hearted nephew, demonstrate that Scrooge views Christmas as a sham and just another excuse for people to spend money. Yet year after year, Fred invites Scrooge to Christmas dinner, for he says, “I mean to give him the same chance every year, whether he likes it or not, for I pity him”6 (Dickens 62). Scrooge turns down the men who come to collect charity, for it is not his business to interfere in the lives of others.

The plot takes a strange and ominous turn on that Christmas Eve when the ghost of Jacob Marley visits Scrooge in a dream in the form of three Spirits: The Spirit of Christmas Past, The Spirit of Christmas Present, and The Spirit of Christmas Yet to Come. When the story begins, Jacob Marley, Scrooge’s old business partner and companion, also his literary double, is dead. Marley’s wicked life on earth seems to have sent him to hell, but his ghost has come to remind its living business partner to escape a doomed fate, for it says: “I am here to-night to warn you, that you have yet a chance and hope of escaping my fate . . . You will be haunted by Three Spirits” (24).

The first Spirit, that of Christmas Past, commanding and streaming with light, takes Scrooge to his bygone days—his happier and worst times, and his lost love, Belle, with her family. Not able to bear some of the scenes, Scrooge tries to put out the light emerging from the Spirit before it exits. Without much delay, the second Spirit, that of Christmas Present, appears showing Scrooge scenes of Christmas celebration and gatherings all around, including Christmas at Bob’s and Fred’s, respectively. Scrooge has kept himself away from the joyous occasion all these years while living in his tightfistedness. However, by now, Scrooge seems to have become submissive and “was not the dogged Scrooge he had been” (48).

The third Spirit, that of Christmas Yet to Come, takes Scrooge to a funeral scene, where other businessmen discuss the dead man’s money he left behind with no one to enjoy the belongings of the deceased. As the two travel, Scrooge foresees his own dreadful future making him “shudder, and feel very cold,” and he says to the Spirit, “this is a fearful place. In leaving it, I shall not leave its lesson, trust me. Let us go!” (77). Continuing on the journey, the Spirit takes Scrooge by a neglected graveyard, and Scrooge gets a glimpse of his own tombstone with his name on it if he were to live in his old wretched ways. Falling on the ground, Scrooge begs: “Good Spirit,” he pursued, “Your nature intercedes for me, and pities me. Assure me that I yet may change these shadows you have shown me, by an altered life!” (84). Henceforward, readers get to meet a Scrooge on the road to transformation and good works.

Understood from a Christian perspective, Scrooge is an everyman with varying degrees of wretchedness but transformed by the power of grace. Not only so, as a spiritual parable, Bob, Tiny Tim, Fred, and the three Spirits are all symbolic representations of prevenient grace influencing Scrooge in his journey forward.

Adam and Eve’s redemption, Thompson’s transformation, Scrooge’s turnaround, and each of our unique salvation initiations establish that God’s administration of grace is impartial and is not dependent on one’s social standing, wealth, or education, nor is it dependent on the enormity of a person’s past sins. God is rich in mercy (Ephesians 2:4) toward anyone willing to come to Him at any stage of life and gives abundant grace to the humble (James 4:6), for grace is the redeeming element of God’s love. Simultaneously, the ways people respond to the work of grace are contextual and a matter of choice, for only prevenient grace has the power to discern the ripeness of each person’s heart toward salvation.

The deeper I reflect on God’s immeasurable provision of grace, the more convincing are the words of the well-known hymn by William Rees:

Here is Love, vast as the ocean,

Loving-kindness as the flood . . .

Poured incessant from above.

And Heav’n’s peace and perfect justice

Kissed a guilty world in love.7

The preceding grace of God encounters each of us at the crossroads of our lives and enables us to believe in Christ’s atoning sacrifice, thus redeeming us from the deep scars of those sinful human tendencies that might have shaped us (Ephesians 1:7). It equips our hearts with the power toward daily renewal and sanctification (Romans 12:1-2). And in the power of God’s abundant grace, we, too, can say like the apostle Paul, “But by the grace of God I am what I am” (1 Corinthians 15:10).

Shanti Thomas is senior executive editor/writer for the Church of the Nazarene Global Ministry Center.

6. Dickens, A Christmas Carol, 62. (Henceforward, only page numbers cited for quotes from the text.)