On the Brink of Everything

On the Brink of Everything 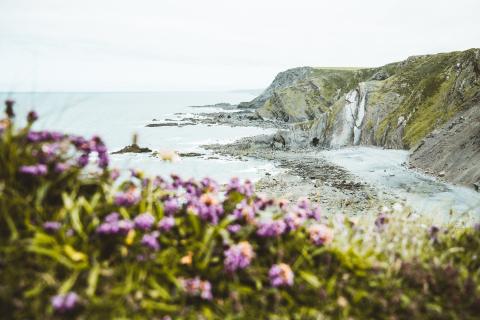 The phrase “On the Brink of Everything” is taken from a recently published book by Parker Palmer.1 Dr. Palmer is a renowned educator, writer, and thinker. He turned 80 not long ago, and in his book, he looks back across the landscape of his life. In fact, the subtitle of the book is “Grace, Gravity & Getting Old.”

However, although he looks back, his focus is forward—as if gravity is pulling him into the future rather than holding him back. Dr. Palmer closes the prelude to the book with this sentence: “Welcome to the brink of everything. It takes a lifetime to get here, but the stunning view and the bracing breeze in your face make it worth the trip.”2

It may seem somewhat counterintuitive, but this is exactly where we should find ourselves as a denomination today. No matter the circumstances, the church should maintain its forward focus. We have a storied and rich history. We embrace and foster our valued traditions and honor those with long years of service—yet our gaze is to be fixed on the horizon, on what can be rather than what was.

Even now, at this point in our history, we should be standing on tiptoes, pressing our faces to the glass in wonder, asking . . . What now? What next? What if? Why not?

The Cambridge Dictionary defines the term “brink” as “the edge of a cliff or other high area, or the point at which something good or bad will happen,” followed by this example, “The company was on the brink of collapse.”3

I am not sure why the term “brink” often carries a negative connotation—as in “on the brink of collapse,” rather than suggesting that we might be on the brink of something wonderful, something exciting, challenging, and fulfilling. Certainly, as believers, we are to be men and women of faith who serve a God who is able to do immeasurably more than all we can ask or imagine; the God who declared, “Behold, I am doing a new thing” (Ephesians 3:20; Isaiah 43:19).

There are tough times filled with challenges in life and in the life of the church, but we are to be (and can be!) more than conquerors (Romans 8:37).

I think of the greeting that Dr. Phineas F. Bresee, a founder of the Church of the Nazarene, was so fond of using. Regardless of the time of day, Dr. Bresee would say, “Good Morning!” and then add, “It’s always morning in the Church of the Nazarene.”4 Even as he was nearing the end of his life, he firmly believed that he and the movement he founded were on the brink of something grand.

Dr. Bresee was very ill when he left his home in California to attend and preside at the 1915 General Assembly in Kansas City. Those that accompanied Bresee on the long journey included his wife, Maria; their daughter, Sue; daughter-in-law, Ada; and a distinguished group of colleagues including Seth Rees, Uncle Buddy Robinson, and a young H. Orton Wiley, who, at the time, was president of what is now Point Loma Nazarene University.

It was apparent to the family that Dr. Bresee was seriously ill. When they arrived in Kansas City, Ada wired her husband, Dr. Paul Bresee, to come at once and attend to his father. In a letter to one of her close friends, Mrs. Bresee confided:

"How anxious he was to be at that assembly and he certainly worked and planned that it might be a blessed gathering . . . Strength was given him for that meeting, though with anyone else it would have been entirely out of the question for them to have thought it possible to be there. But his love of the work, his energy, his will power to do – urged him on, when we all felt that he was not at all able to be out of his room . . . But, when he took the chair and presided, he seemed so strong, that no one realized that he was so sick, so near the heavenly home."5

I wish I could take you line-by-line through Dr. Bresee’s report—his final report to the church he loved. That is not possible within the context of this brief article, but I will share a few lines to underscore his optimism and enthusiasm for the future.

He began by saying, “Four years have elapsed since the last General Assembly, at Nashville, Tenn. They have been eventful years. A church as young as this makes history fast . . .”6

As he continued, he repeatedly spoke of progress, growth, and opportunity. I particularly took note of the section of his report that referenced Nazarene higher education, which of course was in its infancy at that time. He gave wise counsel throughout that section saying: “Higher education is of such a nature, that the church which turns such work over to the state, or to others, will soon find itself robbed of its best inheritance . . . Academies and colleges are to us a necessity.”7

Then, as Dr. Bresee closed his report, he said,

"God has put us in a place of great responsibility. We are the representatives and guardians of [a sacred trust] . . . A realization of the great work to which God has called us, will awe us into reverence, and impel us to seek the closest unity with God and with each other, that we may prove worthy of our high calling. More and more we must realize that (this work) is not of man, but of God. Closeness to the Almighty is our hope of victory.

We have written the adorable Name on our banner and lifted it to the gaze of men. Some are looking hopefully toward us, let us not disappoint them. Let us not waver. Let us be true. Forward – with eyes steadily fixed upon the Master."8

Even near the end of his life, his focus was forward. It was still morning. The sun was rising and there was a bright future just ahead.

Dr. Bresee died just a few weeks later, surrounded by his family. His passing is described in some detail in the closing pages of Phineas F. Bresee: A Prince in Israel, Rev. E. A. Girvin’s biography of Dr. Bresee. Girvin wrote:

"It was my privilege to see much of Dr. Bresee during the twenty-nine days that elapsed between his return from the General Assembly, and his passing away. His last days were crowned with complete victory. He passed away at 1 o’clock Saturday afternoon, November 13, 1915, loved and lamented by a vast multitude of those who had been helped by his ministry, and blessed by his life. At last, the busy hands were still; the clarion voice silent. At the time of his death, he was in the zenith of his intellectual and spiritual powers. He was a regal soul, a true Christian, a noble man, a loving husband, an affectionate father, a faithful friend, a real brother in the Lord. He left us with saddened hearts and tearful eyes, but with a lively hope of meeting him where the many mansions are."9

E. A. Girvin did not record Dr. Bresee’s final words. Perhaps they are lost forever. However, maybe, just maybe, his final words were, “Good morning,” for surely he died as he lived—“on the brink of everything”—always looking ahead with faith and confidence.

1. Parker Palmer, On the Brink of Everything – Grace, Gravity & Getting Old (Oakland, California: Berrett-Koehler Publishers, Inc, 2018)

4. Timothy Smith, in the introduction to The Certainties of Faith (Kansas City: Nazarene Publishing House, 1958).