The Initiative of God: Prevenient Grace and Justification

The Initiative of God: Prevenient Grace and Justification 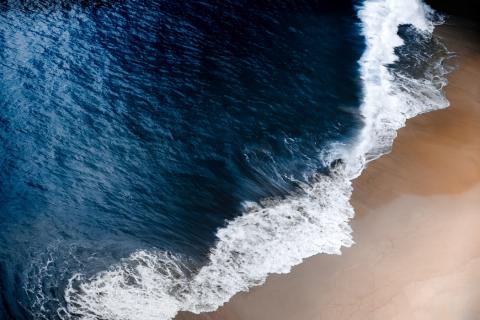 For many of us, the word “justification” means much the same as the word “conversion.” It is that moment in the life of a Christian when he or she believes in Christ. Particularly, it is that moment when, after confession of sin, the new Christian accepts forgiveness and becomes a child of God. That is right as far as it goes. However, the truth of justification is so much greater than that!

First of all, we have to ask: “What does this have to do with Christ?” Is this only a matter within my own private life-story between me and God, or does Christ play a crucial role in my justification? How does Christ embody the initiative of God?

Martin Luther struggled to understand this. In his Latin Bible, the key word was iustitia, which in English may be translated as both “righteousness” and “justice.” Luther’s problem was in understanding how God could be just and yet justify the sinner. Surely that was unjust—the justice or righteousness of God must mean to punish the sinner! But then, as Luther pondered the newly recovered version of the Greek New Testament, he realized that the Greek word for justification, dikaiosune, should be understood to mean that God declares us righteous for Christ’s sake.

We are justified by faith alone—not just any old faith—and specifically, by faith in Christ. He was God’s prevenient initiative.

Luther wrote: “Faith...unites the soul with Christ as a bride is united with her bridegroom... By the wedding ring of faith he shares in the sins, death, and pains of hell which are his bride’s. As a matter of fact, he makes them his own and acts as if they were his own and as if he himself had sinned. He suffered, died, and descended into hell that he might overcome them all... Thus the believing soul by means of the pledge of its faith is free in Christ the Bridegroom, free from all sins, secure against death and hell, and is endowed with the eternal righteousness, life and salvation of Christ, its bridegroom.”1

Christ shares in our condemnation and death in order that we might share in His righteousness and life. That is what the Reformers called “the wondrous exchange.” Back in the second century AD, Irenaeus put it like this: “Our Lord Jesus Christ became what we are, that we might become what he is.”2

It was when listening to a reading from Luther that John Wesley had assurance of the forgiveness of his sins and testified: “My heart was strangely warmed. I felt I did trust Christ, Christ alone for salvation, and an assurance was given me that he had taken away my sins, even mine, and saved me from the law of sin and death.”3

We must affirm therefore that justification means pardon, the forgiveness of our sins. But that is only because we are united by faith to Christ who, in God’s initiative, took our sin, suffering, and death in order that we may share in His righteousness and life.

But there is more.

We might understand all that and still think of justification as merely a moment or episode within our private individual life-stories. But the way in which Luther links justification with Christ, and specifically with His death on the cross, prompts the further question: “What happened there on Golgotha to make it possible for me to know my sins are forgiven today?” We are talking about two different events—the event of the death of Christ two thousand years ago and the event of justification in the life of the Christian today. So how are they linked? What happened at the cross? How can that event be the basis for my justification today? How is “Christ crucified” God’s initiative?

Two key words here can help us to gain a larger and more biblical understanding of justification. The first is relationship. The Hebrew word for “just” or “righteous” in the Old Testament is sadiq. It is not only about legal, courtroom justice. Righteous behavior is behavior that is faithful. God was said to be righteous because He was faithful to His covenant relationship with Israel. Christ is the fulfilment of that covenant because in Christ, the covenant relationship was established between God and all humankind. As we saw in the last article in this series,4 that is the meaning of “at-one-ment.” In Christ, God and humanity are “at one” in the God-man. As a human being, Christ was faithful to God, even to death on the cross. We are saved therefore “through the faithfulness of Jesus Christ” (Romans 3:22). That is why He is fitted to be the new Head of the race. In the new relationship established in Him, humanity as such is set right with God in the relationship of the new covenant.

The second word is corporate. Modern Westerners can be so individualistic that they fail to see that the biblical writers are so corporate in their thinking. In Christ’s Incarnation, all “flesh” (the human race) is corporately united to God. All are included in the new covenant, which means that in His death and resurrection, corporate justification has taken place for all humankind. Paul wrote: “Since all have sinned and fall short of the glory of God, they are now justified by his grace as a gift through the redemption that is in Christ Jesus...” (Romans 3:23-24).

The word “they” (“they are now justified”) refers back to the word “all” (“all have sinned”). Now let us be clear. This does not mean that all have received justification through faith. But in order for them to have faith, there must be a preceding act of God in which to place their faith! That is the corporate salvation, including the corporate justification, provided in the death and resurrection of the Son of God. And that corporate act of justification was (according to Paul) “by his grace.” Here is prevenient grace—God acting for us preveniently. Justification of the human race corporately has taken place already in Christ.

But we cannot stop there.

Paul was clear that although the at-one-ment or reconciliation in Christ has already taken place for all, that is not the end of the story. “All this is from God,” he wrote to the Corinthians, “who reconciled us to himself through Christ.” That is an established fact: God has reconciled humanity corporately to Himself. But God has also “given us the ministry of reconciliation.” That is why Paul goes on to plead paradoxically as an “ambassador for Christ”: “Be reconciled to God!” (2 Corinthians 5:18-20). It is necessary for each of us to respond in faith. That is how we each come to share personally in this corporate justification of humankind. We must come in faith to share in what is already ours in Christ. God thus shows “that he himself is righteous and that he justifies the one who has faith in Jesus” (Romans 3:26).

But this is where we must speak once again about prevenient grace. Prevenient grace is not some kind of force, substance, influence, or entity that God sends into the human soul—the Platonist way of expressing it. His prevenient grace is rather His generosity in giving us the gift of His Holy Spirit. God does not send some “substance” into our hearts. He comes Himself! He comes personally. He comes as God the Holy Spirit, the divine Person who works within us preveniently.

By ourselves, we would never see the truth, for we are spiritually blind. By ourselves, we could never believe, for we are full of doubts. By ourselves, we could never trust God, for we are full of self-importance and self-reliance. But God goes before us. His grace is His prevenient generosity. He takes the initiative in giving us the gift of the Holy Spirit. Indeed, God is in Himself the gift of the Holy Spirit. And as we hear the gospel of His reconciling, justifying action in Christ, we are enabled (but not compelled) to respond in faith. As the Spirit unites us to Christ, incorporates us in His body, so we believe. We respond to “the Son of God who loved me and gave himself for me” (Galatians 2:20).

Thank you, Lord, for the gift of faith. Thank you, Father, that Jesus died for me. Thank you, Lord Jesus, that, as I am in you, my sins are forgiven! Thank you that I am now “justified by your grace as a gift” (Romans 3:24). Thank you for your prevenient and saving grace.

All Scripture quotations in this article are taken from the New Revised Standard Version.

2. A shortened version of his statement in the Preface to Against Heresies, Book 5 (Ante-Nicene Fathers, Vol. 1, 526).