The Initiative of God: Prevenient Grace and the Atonement

The Initiative of God: Prevenient Grace and the Atonement 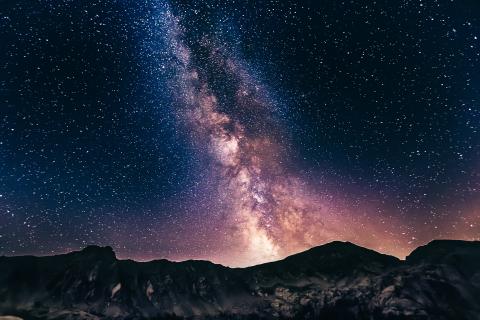 The term “prevenient grace” is not in the Bible. Indeed, this whole way of speaking of different kinds of “graces”—“prevenient grace,” “saving grace,” “sanctifying grace”—is not the way the biblical writers speak of grace. Where then did this language and phraseology come from?

The answer historically is that it was the great Augustine who was most influential in promoting this way of speaking in the church. And Augustine was influenced in turn by Platonism. The great Neoplatonist philosopher Plotinus was a pantheist who thought of “grace” as a kind of force or influence that flowed down from God and spread throughout the universe. That idea influenced Augustine. He similarly seemed to think of grace as a kind of force or influence or medicine. It flowed particularly into the human soul from God and it was gratia praeveniens (“prevenient grace”), the grace that “goes before,” ensuring that the human soul would respond in faith.

Are There Many “Graces”?

During Reformation, the Protestant reformers rejected all this as unbiblical. They recognized only two sacraments: Baptism and the Lord’s Supper. However, the language of different types or kinds of grace survived. Protestants such as John Wesley continued to use the traditional language, differentiating “prevenient grace” from “saving grace” and “sanctifying grace.” In Wesley’s view, prevenient grace enabled but did not compel us to believe.

In a way, this is biblical: “For by grace you have been saved through faith” (Ephesians 2:8). But in the Bible, “grace” is not some kind of agent or influence or force, and the Bible never uses the word in the plural, implying that there are different kinds of “graces.” Instead, this text says that it was God who took the initiative.

We do not save ourselves through the quality and strength of our faith. Indeed, we would not be able to have faith in God if God had not taken the initiative in coming to us.

To speak of the “grace” of God is not to refer to some “thing” or entity or substance. It is to refer to God’s generosity shown in action. It is to say that God has acted graciously toward us. Perhaps it is less misleading to use the adverb, graciously.

Scripture does not speak of God sending some impersonal “thing” or substance called “grace” into us. Rather, God has acted personally. He has graciously taken the initiative in coming to us so that we might respond. That is God’s singular grace, “the grace of our Lord Jesus Christ” (2 Corinthians 13:13). And it is God the Holy Spirit, one with the Father and the Son, who works within us, turning us around to come toward God instead of walking away from Him in our sin.

However, there is a further point. Augustine and the medieval Catholic theologians tended to speak of grace as something that operated through the sacraments within the individual soul. So too, Protestants since the Reformation have tended to think of grace in this Augustinian way as active within the individual. Indeed, Protestantism reflects its context within modernity in that it tends to be highly individualistic.

Nevertheless, this is not just a matter of the experience of the individual. The gracious work of God does not have its first beginning within the individual. We must learn to think biblically of the grace of God as God’s initiative in the whole narrative of salvation. When God called Abraham from Ur of the Chaldeans, that was grace. When God called Moses to deliver Israel from Egypt, that was grace. The whole history of salvation is the history of grace. And in time, fulfilling all His gracious action in the history of Israel, God sent His Son to save the world. That was grace—the gracious Act of God.

Grace—that is to say, God’s gracious action—does not begin when God calls us each personally. Before the Holy Spirit ever works within each of us as we hear the gospel message and repent and believe, God was at work in the history of salvation. In His gracious action, God called not merely individuals such as Abraham and Moses but a people. He called the people of Israel to be a corporate body—a kingdom of priests. In fulfilment of that, He came in the Person of His Son that His people might be the Body of Christ united in Him the Head.

That brings us to the Atonement. The word “at-one-ment” was coined by William Tyndale when he first translated the Bible into English. Its first and basic meaning is to make two into one—to unite, to reconcile. God took the initiative to do that when God and humanity were united in the Person of Jesus Christ, the Word made flesh. The word “flesh” is vitally important here. In the Old Testament, it refers to the human race as a corporate body: “All flesh is grass” (Isaiah 40:6), meaning that humanity corporately is mortal and perishing. So when the Word became “flesh,” He, the Son of God, united Himself irrevocably to this perishing corporate body of the human race. Was that not the supreme Act of “prevenient grace”?

But that was not the completion of God’s action of Atonement. The reason why humanity was perishing corporately was because our sin had severed our relationship with the Creator God who was the Source of our very being. In our suicidal folly, we had rebelled, rejecting our loving Creator in order to make ourselves “gods.” By uniting Himself to our flesh, therefore, the Son of God committed Himself to crucifying our old sinful humanity (Romans 6:3-11), “bearing our sins in his body on the tree” (1 Peter 2:24). The Incarnation had to lead to the cross. As He made clear, the Son of Man had to die (Mark 8:31; 9:31).

The supreme act of the prevenient grace of God, therefore, was not just to come in the Person of the Son to unite Himself to our sinful corporate humanity by becoming one of us. It was also to sanctify that human nature in His own sinless body and soul throughout His life of compassionate service. It was also to offer Himself as the representative human being in the supreme act of love to the Father, thus completing the at-one-ment between God and corporate humanity.

Since every human being who has ever lived is included within that corporate humanity, we rejoice to sing with Charles Wesley, “He suffered once for all.”1 But we must first think of that corporately rather than individually. When Christ died and rose again, the whole human race died and rose corporately with Him and in Him.

The cross changed everything. That became clear on resurrection morning.

Thinking corporately, the cross did not merely provide the possibility of salvation. It actually changed the relationship of the human race corporately to God. The Atonement or reconciliation was accomplished once, and for all. That is why we can confidently believe that infants throughout the world and throughout the ages are “covered by the blood of Christ.” But here we must be clear. Sadly, this does not mean that every human being will be saved. In His prevenient grace, God has made salvation secure for humanity corporately. Each believer may, therefore, say that Christ died for him or her personally. Like Paul, we may each rejoice in “the Son of God, who loved me and gave himself for me” (Galatians 2:20). But since God has not created us as puppets to be programmed but wishes to redeem us as fully personal beings in the image of His Son, He will not force His love on any of us. That would be abusive.

God calls us in the gospel of His Son. And in and with the call comes the Holy Spirit who alone makes it possible for us to respond. That too is the prevenient, gracious action of God.