The Grace of God in Regenerating Those Dead in Sin

The Grace of God in Regenerating Those Dead in Sin 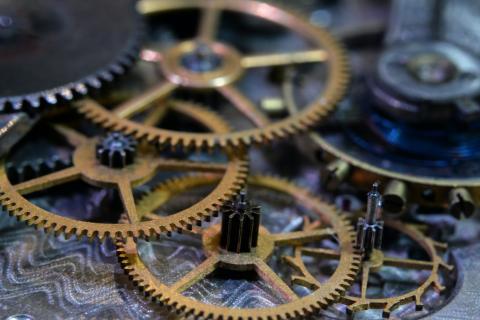 Regeneration is an act of God who, by grace, gives new life to those who are dead in sin.1  The worldwide body of faith identified as the Church of the Nazarene accepts that God graciously livens those who have been spiritually dead in sin. Essentially, regeneration addresses the idea that a person is given new life through the love of the Father, the complete and finished work of Christ on the cross, and the resurrection work of the Holy Spirit (Romans 8:11). In one inclusive and simultaneous work, a person who was dead in sin can be made alive through faith and awakened by God's grace. Faith, justification, confession, repentance, regeneration, forgiveness, and the indwelling of the Holy Spirit become realities for the new believer in this order of salvation (Ordo Salutis).2

In framing the Ordo Salutis within a Wesleyan perspective, the concept of regeneration fits within the broader conversations on salvation. Conversations on regeneration (sometimes described as salvation, conversion, initial sanctification, or being born again) center on the new birth of the repentant believer’s spiritual and moral nature.

John Wesley talked about justification and the new birth as being a simultaneous work of God’s grace in the new believer’s life. A person is justified and is made alive to spiritual and moral life, thereby being capable of faith, love, and obedience.3 Therefore, regeneration in the broadest sense entails an awakening grace that brings a person into a saving relationship with God. This “spiritual resurrection”4 also strongly convicts us of the depth of our separation from God.

In Isaiah chapter 6, the prophet’s vision of the holiness of God convicted him of his own uncleanness and those of the people around him. Only after God cleansed the prophet’s lips could he commit himself as God’s instrument to carry His message to a people living in sin. Through this encounter, Isaiah was saved and empowered to be an instrument for God. In the broadest sense, therefore, some may speak of regeneration as salvation. Many may see regeneration in the New Testament as being born again or being saved (John 3).

I am ethnically considered Asian. However, I have only been exposed to Western education, and I am indigenously South African. Culturally and religiously, most South Africans are exposed to indigenous African religions (most of it a deep-seated pantheism): Islam, Hinduism, and Christianity. Fitting within this mixed bag of customs and religious pluralism, I can attest to the reality, even into my later teen years, of being religiously astute and aware but not spiritually alive.

Most youths of color learned to survive in the townships. Even though my family was considered Christian, I did not know what it meant to be a believer in Christ until one day in a Nazarene church when a dedicated preacher of holiness preached about Isaiah’s spiritual awakening.

As an 18-year-old, I was desperately seeking relief from deep-seated anger, bitterness, shame, and guilt. I was raised in an environment of bitterness, guilt, and shame, which meant suffocating one’s self-expressions and tolerating other races and religions. Expressions of hugs and “I love you” were not shared at all in most of our homes. Perhaps it was because of the harsh realities of earning a meager living within a crushing regime of racism that love was not a commonly used language. The future was bleak, and I was hungry for political activism and religious pacifism in my community. The society in which I grew up focused on business, career, and ambition. At the intersection of these immensely pressurizing crosswinds, God reached out to me by His grace alone and awakened deep convictions of faith and belief in Him, resurrecting the spiritual and moral being in me to new life. Love was most evident in this urging grace. His grace regenerated within me a life of love left long latent within me.

It was transforming to discover this love that had no attachments or conditions.

The love of God brought no thought of material improvements or prosperity and no sense of expectation or reciprocation. It brought the freedom to simply be. It tore back a heavy curtain on my identity and revealed a personal worth beyond entitlement and demand. God’s message revealed that I was worth saving—I was worth His image in me. This is perhaps best articulated by the words of the hymn writer: “That God should love a sinner such as I. Should yearn to change my sorrow into bliss…”5

On that glorious day after hearing the sermon about Isaiah, I understood that simply tolerating others would not give me a life worth living. I understood that I could be loved (not just cared for), and that I could love others (not simply tolerate them); this was truly life altering for me. God’s love was a light that filled my heart. His love replaced tolerance, the blind acceptance of injustice, and political determinism. For the first time, I was consumed by the idea of choosing to love others. I was awakened to love by grace. I let go of tolerating others and, by faith, chose to love others. My friendships with people from diverse religions and races flourished.

I was truly awakened by grace. It was as though I was looking at what was previously dark, only now, someone had shone a light into that utter darkness, and it took on form and shape. I could see into the darkness of my anger and hurt. Hope and love shone brightly into my future. I believed that God could and would inhabit my life fully and entirely.

I believed that God gave Himself to me out of unobligated love as much as I could comprehend and receive. I have called this experience “being re-Genesis’d.” Regeneration rewrote my creation story. I was born again.6

In the year that followed, I began to find ways to serve my community. I looked for ways to study the Word of God—this new way of life was characterized by a voracious appetite to study the Bible.  I read anything I could find about the Bible, and I developed a curiosity about how the Bible would make sense for my daily living. While living out this new reality, I realized that God was always readily offering more of Himself, but I was not often willing to give up my preferences and privileges for God. It ultimately came down to a career choice. I was a student of law—a career I had wanted as long as I could remember. I sensed that I was being drawn to the wealth and political influence this career could provide for one who was previously disadvantaged under a grueling system of structured racism. I could have used the position as a lawyer to attend to the injustice that surrounded my life.

However, I sensed an even greater compulsion of a certain powerlessness in my pursuit of a law degree. I felt that not everything seemingly legal was ethical and that God was inviting me into His way of serving. It was the beginning of a new realization that I lacked knowledge but needn’t burden myself with knowing everything. This new mindset called for a total surrender of my life to His trustworthiness. I sensed a call to deeper obedience and consecration. I realized then the need to fully commit all of my past, present, and future to the grace of God that was already at work in me.

As we grow in grace and Christian maturity, we must be reminded of the sanctifying power of the Spirit. We cannot look at our efforts as anything that merits God’s forgiveness but rather as a thank offering for what He has done. Our response to His will is made possible through the gift of being reborn. I am reminded daily that I am a child of God, and because of His atoning sacrifice, I am set free from all human constraints. I exist in His glorious freedom as He intended me to be.

Gabriel Benjiman currently serves as the Regional Education and Clergy Development Coordinator for the Church of the Nazarene in Africa. He holds graduate and postgraduate degrees in Theology and Social Sciences. He is happily married to Mary and they enjoy the family God has given to them. They have two daughters and live happily in South Africa.

4. Greathouse, An Introduction to Wesleyan Theology, 92.

6. “…changed from sin to holiness; renewed in the image of him who created us,” John Wesley.