A Community Transformed by Grace

A Community Transformed by Grace 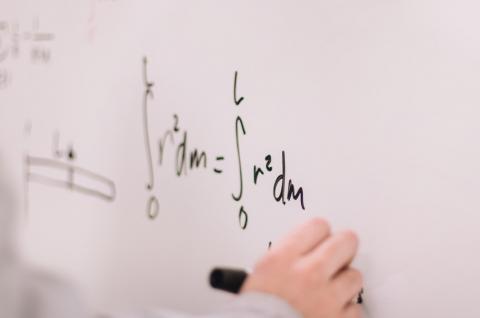 Over recent years, an intriguing phrase on social media relationship updates has caught my attention: It’s complicated! I’ve not known exactly how to interpret this ambiguous phrase. I assume that it may describe a struggling relationship or perhaps one’s uncertainty regarding the nature of a relationship. As we encounter the stories of our Old Testament ancestors, it is easy to imagine that our ancestors might also have described the status of their covenant relationship with the Lord as complicated.

If the covenant were merely the one-sided responsibility of God, complications would never have emerged.

Certainly, the Lord alone had initiated covenant by grace. The people had no part of initiating covenant through legal observances, pious works, or sacrificial gifts. However, the covenant insisted that the community respond to the Lord’s gracious acts through undivided loyalty to God.

The opening lines of the Decalogue articulate this relationship between God’s initiating grace and the mandate of exclusive loyalty: “I am the Lord your God who brought you up from the land of Egypt.... You will have no other gods in my presence” (Exodus 20:2-3). This call was repeated in the words of the Shema (Deuteronomy 6:4-5): “Hear, O Israel, the Lord is our God, the Lord alone. You will love the Lord your God with all your heart and with all your soul and with all your strength” (italics added for emphasis). In the Holiness Code, the Lord’s mandate for whole-hearted fidelity extended also to one’s neighbor: “You shall love your neighbor as yourself; I am the Lord” (Leviticus 19:18). Centuries later, Jesus confirmed that the entirety of the Torah and Prophets was built upon the mandate of undivided, faithful love for God and neighbor (Matthew 20:34-40).

Within this context of God’s call to undivided fidelity, our Old Testament ancestors encountered the complication of the covenant relationship. As various religious, economic, and political powers of the day promised our ancestors either abundant blessing in life or rescue from impending doom, they struggled to put into practice consistent covenant fidelity. In order not only to survive but to thrive in their families, fields, and livestock, they turned to the popular fertility gods of their day, blending the manipulative forms of worship of fertility gods with their worship of the Lord who refused to be manipulated or coerced by the worshippers. In their desire for security, they attempted to “contain” or “domesticate” the Lord’s presence by constructing idols.

Fearful that they would succumb to the attacks of their enemies, they established political powers (kingship) to lead them into battle and to secure their future. In their desire to become a respected “big player” in the world of their day, they formed alliances with empires and nations that promised success and prosperity at the expense of their undivided allegiance to the Lord. As if unfaithfulness to the God who rescued them was not enough, they abandoned loyalty to their neighbor by engaging in acts of oppression, injustice, and violence. The rightly-ordered covenant relationship with God and neighbor became distorted, weakened, and ultimately shattered.

The covenant relationship of whole-hearted faithfulness to God and neighbor was at the core of the identity and purpose of the community. Called and set apart to be the Lord’s instrument of life-giving blessing, a kingdom of priests and holy nation, to the world (Genesis 12:1-3; Exodus 19:4-6), the people’s ongoing infidelity to God and neighbor put their distinct (holy) identity and purpose in the world at stake. How could a people created by God to be God’s priestly, life-giving blessing to the world faithfully embody that identity if they were in actuality embodying the popular fertility gods, humanly-constructed idols, strong-armed kings, and self-serving alliances? They may have called themselves the people of the Lord, but there could not have been a greater disparity between the Lord’s faithfulness and their unfaithfulness.

To read the Old Testament stories of this complicated covenant relationship is like the ups-and-downs of a roller-coaster. On one hand, great religious renewals occurred. Who would ever forget the mighty revival led by the prophets Elijah and Elisha in which the prophets of Baal were obliterated or the great religious reforms of Kings Jehu, Joash, Hezekiah, and Josiah in which temples were demolished and high places leveled? In each renewal, hope emerged that the covenant community had finally tried hard enough, were determined enough, and sacrificed enough to become who they had always confessed themselves to be: the people of the Lord. On the other hand, these renewals were consistently followed by the people’s stubbornness, unfaithfulness, and lack of trust in the Lord alone. It seemed that no matter how hard the prophets, kings, and people tried in their efforts to change their unfaithful ways, the burning fires of reform always ended with smoldering embers of human failure.

In the midst of the greatest of all reforms depicted in the Old Testament, the prophet Jeremiah recognized that something much deeper was at stake than the people’s feeble attempts to try harder, change, and renew their ways. Concluding that it was as impossible for the people to change their ways as for a leopard to remove its spots or an Ethiopian his skin, Jeremiah announced that the people’s infidelity to the Lord—their sin—was deeply engraved upon their hearts with a diamond pen (13:23; 17:1). It appeared that the covenant relationship was headed for utter failure.

If one stops reading Jeremiah’s message at the point of leopard’s spots, Ethiopian’s skin, and a diamond pen, one could only conclude that the covenant people were hopelessly addicted to their infidelity. However, Jeremiah does not stop. The same divine grace that had “gone before” in calling a childless, landless couple1 and that had established right-relationship through covenant at Sinai2 would not stop short with the people being handed over to the repetitious cycle of covenant infidelity. The God who had called this community to whole-hearted love and undivided faithfulness would not stop calling. The Lord who had conceived and given birth to the people by grace would also transform them by grace so that they would indeed love the Lord with all their heart and all their soul and all their strength.

Looking beyond the present dilemma with an optimism of God’s grace and hope, Jeremiah imagined a day in which the Lord Himself would, by grace, do what the people were incapable of doing through their futile attempts. The Lord Himself would write the divine instruction (torah) upon the very minds of the people so that the Lord indeed would be their God, and they would be His people (Jeremiah 31:31-34). The prophet Ezekiel, Jeremiah’s contemporary, clung to the hope of God’s transforming grace in which the Lord Himself would purify them from their addictive idols, give them a new heart (mind), and put the divine Spirit in them so that they would faithfully serve the Lord and would indeed be His people and the Lord would be their God (Ezekiel 36:25-28). Ezekiel goes as far as to say that by sanctifying (making holy) His people, the Lord would sanctify (make holy) His own name before the eyes of the nations (36:23).

Where all human attempts to conjure up faithfulness prove futile, God’s grace abounds!

For our biblical ancestors and all subsequent generations, the divine, sanctifying grace that transforms was, is, and always will be the only hope for God’s people if they are faithful to love the Lord with all their hearts and love their neighbor as themselves. Indeed, the One who called our ancestors and all subsequent generations to undivided, whole, entire faithfulness is Himself faithful, and He will do it (see 1 Thessalonians 5:23-24).

Timothy Green is dean of the Millard Reed School of Theology and Christian Ministry and professor of Old Testament Theology and Literature at Trevecca Nazarene University in Nashville, Tennessee, USA.