A Son of Abraham

A Son of Abraham 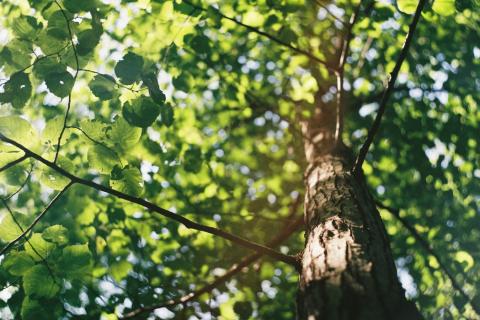 Many collections of Bible stories for children that I have seen and used include the story of the short man of Jericho (Luke 19:1-9). We even sang a song that emphasized the man’s shortness. When I taught Sunday school children, their interest in Zacchaeus’ promptness to give back to others captured me.

I did not know it then, but scientists tell us that nurturing children’s interest in small things, small animals, and small people is good pedagogy because it develops caregiving instinct in them. To this end, I do not know how well I did with the story. What I do know is that caregiving is a byproduct at the core of the beautiful Gospel account.

It is critical that we not miss the fact that the center of the story is Jesus and not the intriguing short man. In the minds of Zacchaeus’ fellow citizens, he might have represented their hope for balance in their political system, and this might have made him tolerable. In Luke’s story, the visibility of the prosperous man cannot even be attributed to his undeniable competence and entrepreneurship.

Generally, Zacchaeus was known as a sinner. Jesus called him “son of Abraham,” not to insinuate that he suddenly became perfect but that God’s salvation included him, too. Under God’s covenant with Israel, sons of Abraham were those born into the nation of Israel to whom He promised salvation and deliverance.

Before Jesus called Zacchaeus a son of Abraham, John the Baptist used this name with a special meaning. “He said therefore to the crowds that came out to be baptized by him, ‘You brood of vipers! Who warned you to flee from the wrath to come? Bear fruits in keeping with repentance. And do not begin to say to yourselves, ‘We have Abraham as our father.’ For I tell you, God is able from these stones to raise up children for Abraham’” (Luke 3:7-8).

Jesus gave John’s words immense significance when, in response to Zacchaeus’ confession and repentance, He said, “salvation has come to this house, since he also is a son of Abraham” (Luke 19:9). The identity that John and Jesus talked about—being sons of Abraham—does not come by means of blood or flesh, lineage or history, personal or collective efforts, nor anything we can conceive of ourselves.

Israel’s unwillingness to deliver what God promised through Abraham did not put an end to the plan of salvation because God accomplished His mission through Jesus’ birth, death, and resurrection. The fact that not only the Gospels but also the prophets called Jesus a son of Abraham makes Zacchaeus’ story even more powerful. Here is what Jeremiah said: “In those days and at that time I will cause a righteous Branch to spring up for David, and he shall execute justice and righteousness in the land. In those days, Judah will be saved, and Jerusalem will dwell securely. And this is the name by which it will be called: The Lord is our righteousness” (Jeremiah 33:15-16).

We do not know the full script of the conversation that Jesus and Zacchaeus had after the “joyful” reception. However, its summary—“Today salvation has come to this house” (Luke 19:9)—tells us that the sinner must have “gotten it” after being moved by the grace of God into “seeking to see who Jesus was,” (Luke 19:3) and that faith moved him to respond positively to Jesus’ directive and offer. Such faith did not go unattended. Like that of Abraham, Zacchaeus’ faith was counted as righteousness because “to the one who does not work but believes in Him who justifies the ungodly, his faith is counted as righteousness” (Romans 4:5).

This son of Abraham did not keep the joy of salvation to himself. Serious about it and realizing its incalculable value, he was ready to act spiritually, morally, and ethically by giving away almost everything to make a difference in the lives of those he had sinned against.

The power of Zacchaeus’ response to Jesus is evident in the way he obeyed Jesus, both by welcoming Him into his life and in his resolve to bear the fruit of repentance.

Even before we begin to experience the scope of salvation, we can act as children of Abraham. Richard E. Howard, in his book Newness of Life, made a simple but powerful comment on Romans 5:10 by saying “It is man as a sinner who can, by faith in the Cross, stand before God reconciled… (he) does not remain a sinner. The grace of God makes a change within him. But the order must not be reversed.”1

The truth is that we are saved to become agents of God’s love. It is not enough to testify only to our church community about the freedom of salvation. No doubt, our righteousness is in Jesus, by faith, but it must be lived out fully by reaching out to the world with acts of restoration and fruit of repentance and transformation.

Eugénio Duarte is a general superintendent of the Church of the Nazarene.

All Scripture quotations in this article come from the English Standard Version.