“He calls us into that unique, intimate relationship by placing on our lips His words and telling 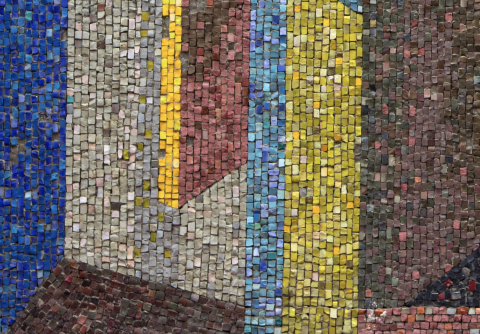 One of the questions that often challenges believers is this: "is everyone welcome to follow Jesus, regardless of their past and their present conditions?" For Jesus, everyone was welcomed to journey with Him, to listen to His teachings, and to belong to His followership just as they were. In fact, when He called the disciples, He didn’t originally call them to “believe in Him.” His calling to the disciples—particularly those closer to Him, was a call to followership. To each one of them, He issued an invitation to follow Him (Matthew 4:18-22; Mark 1:16-20; Luke 5:27). He knew that His presence, His example, and His authority had the power to transform a mere follower into a believing disciple. However, the invitation to follow Him was extended to everyone. In fact, in every encounter that Jesus had with the multitudes, He didn't limit His presence, His teachings, and His miracles only to those who believed. His all-inclusive love was available to everyone who, regardless of their past or their present expectations, was willing to listen, to come, to follow.

Several years ago, I had the privilege to write in a book edited by Leonard Sweet about the untold story of God’s global awakening. In its introduction, Len describes this all-inclusive loving heart that moved Jesus to welcome everyone. “Jesus greeted everyone He encountered as the original, sacramental, transfigural apple of His eye. His imagination shows us the image of God in every person.”[1] The premise here is that, because everyone is made to the image of God, and because God’s plan is to reconcile Creation to God’s self through Christ, then, everybody belongs. Everybody.

In Jesus we learn that, while the plan of salvation is for everyone who believes (John 3:16), Jesus gave everyone the opportunity to journey with Him and listen to Him, explore His teachings, experience His miracles and His power, and discover the depth of His love. As a result of journeying with Him, some believed and entered into God’s plan of salvation. Others didn't believe and did not access the blessing of His salvific plan. Nevertheless, Jesus never pushed away those who, in spite of journeying with Him, chose not to believe.

We need to make sure that we are not minimizing the value of believing in Christ as the central tenet of God’s plan of salvation for humanity. The plan hasn't changed. In John 3:16-17, Jesus spells out the plan with clarity, eloquence, and purpose: Jesus came to save the whole world. Salvation is directly connected to and dependent upon believing in Him. Nobody should try to change that nor can they. What I am highlighting with the concept of belonging, however, is that, in availing God’s plan of salvation for all humanity, Jesus allowed everyone to come to Him. His teachings and His practice emphasized the reality that everyone was welcome to follow Him, to listen to Him, and to be part of His crowd. Everyone belonged. Yes, it was hoped that everyone would believe but that was the gift. Belonging was the setting:

“Large crowds followed Him from Galilee and the Decapolis and Jerusalem and Judea and from beyond the Jordan…” (Matthew 4:25).

So, “the crowds learned about it and followed Him. He welcomed them and spoke to them about the kingdom of God, and healed those who needed healing” (Luke 9:11).

Even others would follow him because of his fame or reputation or because there was something material that they could get out of his ministry (John 6:2).

One of the common threads on these stories is that there were large crowds that followed Jesus. There were people who were interested in either His teachings, or His miracles, or His persona, or all of the above. But Jesus ministered to them and welcomed them regardless of their intentions or their personal backgrounds. Of the thousands who followed Him, very few were believers (even among His inner circle). This did not keep Jesus from loving them and ministering to their physical and emotional needs.

Jesus went even beyond the “everyone is welcome” attitude modeled in the kingdom of God.  He intentionally reached out to those who had been intentionally marginalized and excluded by the religious or societal norms of His time. The table of belonging was not only offered. It was extended to:

The noisy and disturbing children. While His disciples and those around Jesus became annoyed by the presence of children around Jesus, He reminded them that “the kingdom of heaven belongs to such as these” (Matthew 19:15).

The detestable tax collector. While tax collectors were despised by both religious leaders and society at large because of their corrupt practices, Jesus welcomed at least two of them—Matthew, who was then given the privilege of recording one of the gospels (Mark 2:13-17), and Zacchaeus, to illustrate that He had come to seek and to save the lost (Luke 19:1-10).

The condemned adulterous woman (John 8:1-11). In this crucial story that presented the reality of the law and the salvific power of love, Jesus intentionally chose not to violate the law by overlooking the woman’s sin while at the same time keeping what He was seeking, which was to save what was lost. His reaction, full of justice and love, showed His gentleness and forgiveness while He invited the woman to renounce a reckless lifestyle. Whether she did or not is a different story. Jesus welcomed her, loved her, and forgave her regardless.

The untouchable lepers. When approached by a leper, Jesus didn’t push him away or scare him away—He even touched him and healed him (Matthew 8:3).

The marginalized Samaritan woman. While conventional wisdom and religious codes prohibited a good Jewish Rabbi to set foot on Samaritan soil—not to mention talking to a woman—Jesus determined to go to Samaria and share the good news to the Samaritan woman (John 4:1-41).

In Jesus’ vision of a transformed and redeemed creation, everyone was welcome because everyone was created in His own image and He accepted everyone to be His followers. That’s why the first century church imitated Christ’s welcoming attitude. Paul wrote to the Romans reminding them: “Accept one another, then, just as Christ accepted you, in order to bring praise to God” (Romans 15:7).

This is where the heart of our mission is. Not everyone who followed Jesus believed in Him. But that did not keep Him from ministering to them. Everyone was welcome to follow Him. This must be the essential part of the DNA of the Church of Christ. While not everyone may believe, and while many of those who come may not fit what we understand as acceptable to the fellowship, everyone must be welcomed to the fellowship of the followers.

Gustavo Crocker has served the Church of the Nazarene as a general superintendent since 2013. This article is an excerpt from the book Belong by Gustavo Crocker, Stephanie Lobdell, and Jerry Kester. Used by permission of The Foundry Publishing. 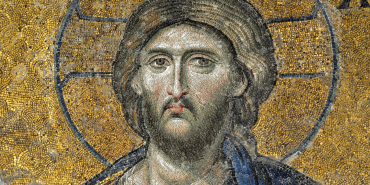