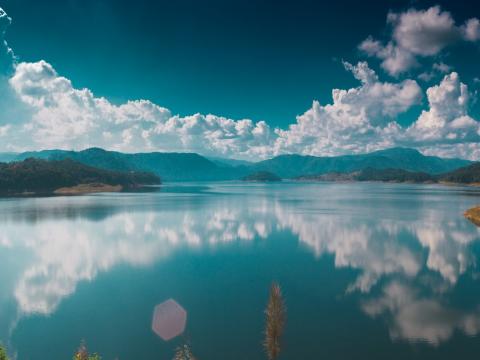 Every human is guilty before God because of his/her sin and cannot run away from this guilt and condemnation. Each of us is destined to death, but through our faith in the gracious intervention of the Son of God who took our sins on Him, we can be saved. On the cross, we were rescued and redeemed, freed from the slavery of sin.

One of the most difficult aspects of being a human is to confront our own faults. The inborn tendency to hide our sin started with our first parents. In Paradise, Adam and Eve tried to hide themselves among the trees after their fall. They were hiding while God was calling them: “Where are you?” (Genesis 3:9). Being naked, they tried to cover their bodies with leaves from the fig tree. Thereafter, they tried to blame each other for their sin. The man said, “The woman whom You gave to be with me, she gave me of the tree, and I ate.” The woman answered, “the serpent deceived me, and I ate.”

The attitude of not assuming one’s own guilt is very common and evident in each human being, even in early childhood. Children frequently hide their faults when they are caught. The sin inside the human heart is a difficult stain to accept. It is easy to see someone else’s mistakes while being complacent about our own. How can we get rid of this burden? As much as we may try to hide our own sin, we will never be able to get rid of our guilt.

Self-justification leads some people to attempt to escape responsibility for their own mistakes through many lines of reasoning. While some hide their sins for a period of time, Christians understand that there will be a day that all our sins will be totally exposed before God’s throne.

Only God can provide the solution and the cure for sin, which is forgiveness through Christ’s justification on the cross.

According to the Bible, justification (in Greek: dikaiosis) is the act of absolving, forgiving, or declaring just. It is a forensic term used in courts that illustrates God as the judge of all. Through justification, God completely forgives sin and washes away guilt.

The base of justification is the work Christ did on the cross, which was perfect, meeting the requirements that God Himself established in His holiness. The price was “the precious blood of Christ, as of a lamb without blemish and without spot” (1 Peter 1:19).

Beyond just erasing our guilt and forgiving our sin, the work done by Christ also brings us back to the Father. According to William Barclay, “to be justified is to enter into a new relationship with God, a relationship of love and confidence and friendship, instead of one of distance and enmity and fear.”1

It is impossible to deny that everyone needs God’s forgiveness. This is why Jesus Christ came to this world, to save the sinners. In His earthly ministry, Jesus performed many miracles: He cured the blind, lepers, paralytics, and people stricken with various diseases. Not only did He physically cure many people, but He also made statements such as “your faith has saved you” (Luke 7:50) and “your sins are forgiven” (Matthew 9:2). Statements like these reveal an authority that belongs to God alone.

Justification is a legal act that only He can conceive. It is God’s gracious and sovereign act offered to the sinner, who is unworthy and undeserving of such divine favor.

One of the most glorious passages of the Gospel is the scene on the cross—the complete act of redemption that changes the human spiritual condition. On either side of Jesus, two thieves were also crucified. Jesus was innocent and did not deserve to be on the cross, but these men beside Him seemingly did. There are no references about their specific crimes, but death by crucifixion was not used for light infringements. Certainly, they had committed serious offences. Initially, both evildoers joined with the crowd in insulting Jesus. However, as time passed and they saw His reactions, one of those evildoers recognized the justice present in the Lord Jesus. He pleaded: “Lord, remember me when you come into Your kingdom” (Luke 23:42). Convinced by the Holy Spirit, that man made the right decision in the last moments of his life.

There was no time for this man to be baptized, to go to the church, not even to do good works. The only thing he did was to turn to the right Person. He was suffering and bleeding beside the Savior when he raised his voice, pleading, “Lord, remember me.” Jesus answered, “Assuredly, I say to you, today you will be with Me in Paradise” (Luke 23:43).

What happened to that evildoer in the final moments of his life? He was justified by the Son of God! He received forgiveness for his sins, and suddenly, his condition was changed. He was dead in his sin, on a path toward hell, and then, through Christ’s word, his destiny was turned toward heaven. Only God can justify our sin—Jesus alone has this authority. His forgiveness to the sinner on the cross clearly displayed His role as Redeemer, “The Lamb of God, who takes away the sin of the world” (John 1:29) and His role as the “judge of the living and the dead” (Acts 10:42; Acts 17:31; John 5:27).

As a pastor, I’ve heard many expressions of faith from those who desire to be baptized: “I’ve decided to completely give my life to God”; “I am tired of doing harm to people who love me. From now on I want to serve God”; “I would like to take a step forward in my spiritual life. God is talking to me in many ways. After hearing the Word of God, I made my decision to follow Jesus Christ.”

Through God’s gracious action, every person has the opportunity to receive this great gift and begin a new life in Christ.

All Scripture quotations in this article come from the New King James Version.