Our Identity in Christ
David Graves

Who are we? Where do we gain our value as individuals?

One of the questions that often challenges believers is this: "is everyone welcome to follow Jesu

Much contemporary writing and thinking focuses on “the self.” We are encouraged to express oursel

May, 01, 2022
Getting to Know the General Board
General Secretary

The General Board is composed of district superintendents, assigned ordained ministers, and lay l

During the 98th Session of the General Board,

So much has changed in the last one hundred years.

I left Kansas City for Abidjan, Côte d’Ivoire, via Lisbon on

Our human nature, ideally, is revealed in the man Jesus as He lived.

Identity theft is constantly in the news.

In Search of Identity

In Search of Identity 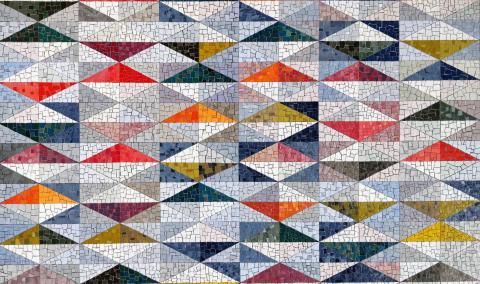 Identity theft is constantly in the news. If you’re on social media, you know that peoples’ identities are being stolen on a regular basis. How many of us have received a friend request on social media from someone who was already our friend? At the same time, there are products being sold to us to provide identity protection. We have systems at airports like “Clear” that can identify us by an iris scan. We are living in a day and age where there is much concern about identity protection, and yet, we may fail to see that we have an enemy who is out to steal our identity every single day.

You and I are people who have been given an incredible gift. God, the Father, sent His Son in human flesh to restore the identity that was lost by Adam and Eve in the Garden of Eden. However, God is offering us identity restoration—free of charge.

And what was our original identity?

God’s intention is that you and I would be adopted into God’s family as children of the King. Our restored identity is that we are children of God. Wholeness, or restoration, comes through entire sanctification.

Jesus’ temptation in the wilderness provides us with an interesting perspective. A careful examination of the passage in Matthew 4:1-11 reveals three temptation scenarios where the enemy is challenging Jesus at the point of His identity.

The first two temptations begin with “If you are the Son of God.” The devil does this because he is in the business of identity theft—knowing that if he can steal Jesus’ identity from Him, there is no hope for any of us.

Examining the first temptation in more detail, we see that Satan charges Jesus, “If you are the Son of God, command these stones to become loaves of bread.” There is something seductive about this temptation because the enemy wants to entice Jesus to give up His identity by miraculously providing for Himself. At first glance, this doesn’t look like a loss of identity because, surely, the Son of God should be able to turn stones into bread. However, the enemy is suggesting that Jesus doesn’t need to live in dependence of the Father, but that He can be self-sufficient. It is Jesus’ identity as Son that is at stake here. If Jesus is the Son of God, then He has no need to take power or authority away from the Father, and instead, He rests in His dependency upon the Father, for that is His identity.

Throughout Jesus’ wilderness experience, we discover the parallels to the Israelites’ wandering in their wilderness. The Israelites had lived for years as slaves in Egypt, but God was claiming them as His own and setting them free. This was a journey to freedom that took them, under the leadership of Moses, to the desert. In their desert journey too, they were tempted at the point of their identity. If they truly believed that they were God’s people, then they would live in complete reliance upon God.

The enemy isn’t satisfied with trying to steal the identity of the Israelites, or that of Jesus—he’s after us as well. The last thing he would want us to do is to live into our identity as children of God with all the rights, power, and authority that are afforded to us as a result of that identity. So he comes and whispers to us, “You don’t need God to sustain you—look what you can accomplish on your own.” The enemy uses the traditional tactics found in the Garden of Eden, tempting us by saying, “if only you will [fill in your own blank], I will make you believe that you can do everything for yourself or out of your own power.”

This is the great lie—making us believe that we are all powerful and that we have no need to be dependent upon God. Even Jesus realized that if He took things into His own hands, He would lose His identity as God’s Son, so He resisted, ultimately to the point of death.

When we reach out and embrace an identity handed to us by the enemy, we are left gripping a golden calf, while we watch our true identity in Christ slip away. Finally, the enemy will mock us as we discover that we are being held hostage to the identity we traded for what God had already provided.

Some of us have invested in Lifelock, Identity Guard, or ID Shield, for which we may be paying $29.95 a month! However, this may not be the place where we are the most vulnerable. What about protecting our spiritual identity?

Jesus remained victorious over the temptation to find His identity in earthly things; as a result, He was able to maintain His identity as the Son of God. He’s offering us a deal that’s much better than anything we can find on the internet. Paradoxically, this is a gift that costs us nothing, and yet costs us everything. We have to let go of all the other identities that we may have allowed to become primary in our lives, and submit them to our identity as a child of the King. This is how we become God’s holy people, filled with the Spirit and living as reflections of Jesus Christ.

Carla Sunberg has served the Church of the Nazarene as a general superintendent since 2017. This article is an adaptation from the book Color: God’s Intention for Diversity by Daniel A.K.L. Gomis and Carla Sunberg. Used by permission of The Foundry Publishing. 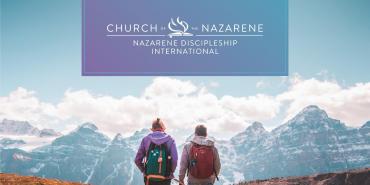 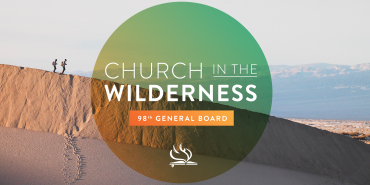 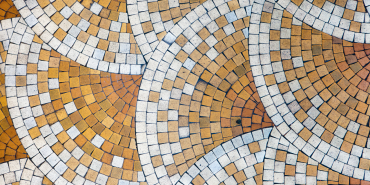