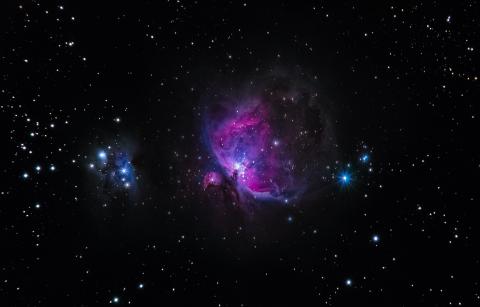 Interwoven throughout the fabric of the Old Testament is the life-giving and hope-filled confession of faith: “The Lord is gracious and merciful, slow to anger and abounding in steadfast love” (Psalm 145:8, ESV). From narratives (Exodus 34:6-7; Numbers 14:18) to prophets (Joel 2:13; Jonah 4:2), from psalms (Psalm 103:8 145:8-9) to sermons (Nehemiah 9:17, 31), this testimony to God’s grace undergirds the faith of the Old Testament. The Lord’s freely-given, non-coerced favor was no mere afterthought in the testimony of our biblical ancestors. It was the life-giving breath that enabled them to walk with God and each other.

The Lord had uniquely revealed this grace through the deliverance of our ancestors from Egypt and the establishment of covenant with them at Sinai. God’s act of “birthing” the covenant people out of the waters of the sea and into a covenant family (Exodus 15) was neither God’s obligatory response to human performance nor an outcome of human manipulation. It was pure, untarnished, freely-given grace. This divine grace, however, did not first appear in the momentous birth of God’s people. It had long preceded God’s mighty acts at the sea and at the mountain. This grace that “came before,” this preceding or prevenient grace, had in fact brought the people to the very point of their birth as a community.

The notion of the Lord’s preceding grace often appears in the Old Testament as divinely-initiated calls that occur before any human action or response. These calls take place in the lives of individuals such as Moses (Exodus 3:1-12), Joshua (Joshua 1:1-9), Samuel (1 Samuel 3:1-11), Isaiah (Isaiah 6:1-8), and Jeremiah (Jeremiah 1:4-10). They occur in invitations for the community to choose the path that they will travel (Deuteronomy 30:11-20) or to choose the deity that they will serve (Joshua 24:2-18; 1 Kings 18:21). They fill prophetic challenges for God’s people to return to Him. They appear in words of law that teach faithful practices and in wisdom’s invitation to choose the way of life and blessing (Proverbs 8:1-21; 9:1-6). In all of these calls, before a human step is taken toward God, God steps toward humans. While God initiates these calls, He refuses to force or manipulate the responses of communities and individuals.

Among the many divinely-initiated calls in the Old Testament, a particular one foreshadows all that follow. This defining divine call involves the first patriarch and matriarch, Abram and Sarai (Genesis 12:1-3). Subsequent generations would remember the calling of their barren grandmother and nomadic grandfather. As if they were looking in a mirror, they saw the reflection of their own call and journey, purpose and future, victories and failures. Through this couple, they witnessed God’s grace that was already present and active before Sarai and Abram ever took their first step toward God.

Barren and landless, this couple had no hope for their future. Regardless of how they might have used their meager resources to survive, their endeavors were futile. Into this common human struggle for survival, the Lord spoke blessing, promise, and hope. In their incapability to produce and survive, God’s grace abounded more than the stars in the sky and the sand on the shore. God’s word of blessing, promise, and hope was accompanied by a call: “Go….”

How does this empty, barren, and landless couple ever begin to step out of their settled and predictable world in Ur of the Chaldees and step into a world that makes no sense? How could this couple ever begin to imagine having descendants? How could they journey toward a homeland that they had never seen? One might say that they had to have an intuition, a holy intuition, a God-initiated intuition. Our biblical ancestors would testify that the Lord appeared and graciously called their names.

This couple did not first come to God—God first came to them.

God’s grace that was present and active before Abram and Sarai ever took their first step was by no means a coercive or manipulative force that played them as if they were pawns on a divine chessboard. It was a wooing and compelling grace that pursued them, called them, and guided them. From the beginning, the Lord’s call was an invitation to participate fully with God in His presence. This couple did not stand by passively or unresponsively. Their walk with God was synergistic (working together) and bilateral (mutual and consensual). God was present and active in their lives, and they willingly participated as instruments of God’s grace to all humanity. God blessed them, and they became God’s blessing to the world.

Along the way, this couple encountered struggles in fully trusting the God who had called them. They spoke falsehoods for self-preservation. They objectified and used their Egyptian servant, Hagar, only to discard her in the wilderness. They doubted and feared and questioned. They responded to God’s promise of a child by laughing. Nevertheless, the God who called, promised, and guided never stopped pursuing them. God’s divine grace continued to be present and active in every step of their journey, a journey in which their very identities were transformed as God renamed them Abraham and Sarah.

For the Sake of the World

To stop with Abram and Sarai could lead us to conclude that in God’s divine sovereignty, He chose this couple and their descendants alone to be children of God and had rejected and abandoned all other members of the human race. However, this conclusion emerges only if we ignore what comes before Genesis 12, thus overlooking the sole purpose for which God had called and blessed this couple. God’s divine call upon their lives was certainly not to illustrate His sovereignty by means of saving one family and condemning the rest of humanity—showering grace on a few but wrath on everyone else. The reason for this “grace that comes before” in the life of Abram and Sarai was solely that they themselves might, by grace, become grace for all humanity.

The Lord’s “preceding grace” certainly did not begin in the story of a chosen couple in Genesis 12. It began “in the beginning” when God created the heavens and the earth. Well before God ever extended grace to Abram and Sarai, God extended grace to all creation and to all humanity. Long before God ever called this couple, God called another couple: Adam the human and Eve the mother of all living. Even in their guilt and shame as they covered themselves and hid from God, God called out their names and asked, “Where are you?” (Genesis 3:9).

Tim Green is dean of the Millard Reed School of Theology and Christian Ministry and professor of Old Testament Theology and Literature at Trevecca Nazarene University in Nashville, Tennessee, USA.